Dear Parent (or Supervising Adult) of the Annoying Child on the Playground,

It's spring time. And the snow is long gone and the flowers are blooming and the sun is out and air is warm. And as parents, you know what this lovely spring weather is a harbinger for. Yes. Our children having spring fever and acting like unruly crack-heads. I do not enjoy watching them fight with each other or argue with me about wearing tank tops and flip-flops to school in April or skitter around my house as if there were actual ants in their actual pants. So I do what any good mother would do. I take them to the playground. 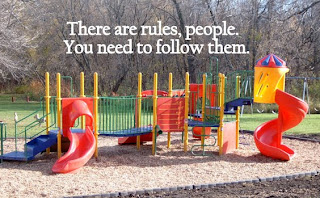 I love the playground. Because first of all, free fun. I am all about the free fun. If it's free and fun and near my house, you'd best believe we're going. A lot. And that includes every playground within a 20 minute drive. But unlike say, the library, at the playground there's also fresh air and exercise. The panacea for bad behavior.

But, people, there are rules. Even for little spring-fever-crack-heads on the swings. And you're the grown-up so you should know that already. And by my estimation, 90% of the time the problem is not the little crackhead waving around an enormous stick, but the adult that is supposed to be watching them. So just in case you didn't realize that we live in a society where there are rules that govern our behavior, I will share some of them with you.

Here are Lydia's Guidelines for Playground Etiquette, but like I said - you should know all this stuff already.

Mulch Throwers. All children like to throw mulch. However, when mulch goes air-born it gets into hair that must then be washed, even if it was just washed the night before. Or into eyes which hurts like a bastard and is scary.  And also results in ear-splitting screaming and crying which is extremely annoying. So, it's easy. Don't let your kid throw mulch. If you see them throwing mulch, tell them to stop.

Outside Voice vs. Ear-Splitting Keening. All kids like to run and all kids like to make too much noise. If your child is just running around hollering gleefully, being a noisy little bugger, using his/her outside voice, I say rock on. That's what the playground is for. But it can cross a line. A line that starts with all the parents and dogs within a quarter mile involuntarily cringing and ends with them collapsed dead on the ground, with blood trickling out of their ears. From the high-pitched squeal of your child's unnecessary screaming. Don't act like you don't know exactly what I'm talking about. When it was my kid, I made her stop. When it's your kid - for the love of GOD, make. them. stop. screaming.

The Swings. I hate the swings. We come to the playground to play. Not to sit on our arses getting pushed by mommy. Run around, have fun and wear yourselves out so you will go to bed early and I can have my t-box a half an hour sooner. That's why we're here. But all kids love the swings. And often, there are more kids than swings and that means sharing. Since some kids don't like sharing, little buggers (and their mothers) will stalk the swings like they're waiting for a table at a crowded restaurant and they are starving. And the four year old happily learning to pump his legs? Well, he's already finished eating and his check is on the table.

So rather than risk a swing-related dispute, I say set some rules. This ensures that your kids don't spend the whole time on the swings with you, annoyed, pushing them while you get the stink eye from little Suzy and her mom for not sharing. I have a "four push" rule. Why four? I don't know. I think because Hawk always yells: "MOMMA! Push me four times!" So I just set it as my limit.  Then I count 25 swings and then they must get off. That's it. Four pushes. Twenty five swings. You're done. 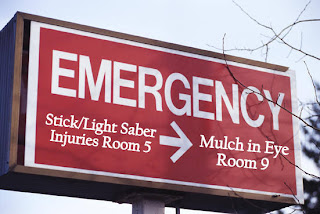 Sticks and Stones and Branches. My son Hawk enjoys nothing more than a good light saber battle with large sticks, followed by an injury and quick trip to the emergency room. He adores sticks and big rocks and especially the branches that always seem to litter the sides of the playgrounds we frequent. (How do they even get there?)
If I see my child with a stick or a tree limb, I tell him to put it down. He almost always obeys me, but it is hard for him because mommy is the worst and sticks are awesome. Now if it is your child that is running around the playground with a tree branch, please tell that child to stop. Why? If you really need to ask why then you might want to seek immediate medical attention because you have clearly suffered a traumatic brain injury. From being repeatedly whacked in the head with a tree branch. That you allow your child to play with.

Stop Texting Before Something Bad Happens. There are always kids at the playground who may as well be there all by themselves. Or actually worse - the kid is there with someone whose attention they really want to get. And since this person is too distracted or checked out to give them positive attention, the little buggers will take what they can get. They can be mommies (sometimes even me - gasp!), but sometimes they're not.  Need some examples? 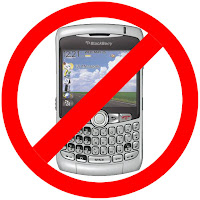 On the weekends, you see lots of kids with their dads. It is often clear that this is Daddy's post-divorce custodial weekend and the playground seemed like a better idea than being trapped in his new, Ikea-furnished two bedroom apartment with completely wild children. I can certainly relate. Divorced Daddies fall into one of two categories* -  I will focus on the d-bag variety. He stands on the periphery, so absorbed in his Blackberry or iPhone, that he would not notice if his kids were abducted by a bad man in a scary clown suit. But he might just notice every skinny woman in spandex who jogs by.  Nice parenting, dude. 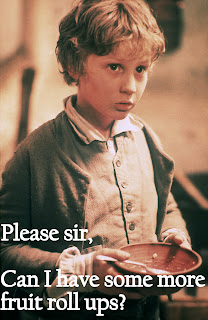 If you see one of these idiots, prepare yourself for the fact that the little kiddos in their care may act up. Or decide that they like you a lot and try and come home with you. Or beg you for fruit roll-ups and a juice box because no one thought to bring them a snack.  And if one of these little buggers brings a tree branch near the monkey bars or throws some mulch - can you really blame them?

The Mommy Code. If I'm standing near the slide and a little guy gets scared and needs help down, I'll help him. You'd help him, too. If I see some big kids being rough or wild near a little kid, I'll say: "Hey dudes! Remember there are little guys around, OK?" So why is it there are some people who will see a kid fall off a swing and just stand there, dispassionately observing, like "Hmmm... Interesting... It fell down and now it cries..." Seriously? You're a mom. Do the right thing, woman.

Are we clear now? Do we all understand Playground Etiquette? Because it's not hard. Just pay attention to your kids. You don't have to hover (in fact, please don't hover), just watch them and make sure they're playing nice and having fun. And enjoy the fact that they're getting fresh air and wearing themselves out. And that they're not watching TV or playing Wii.  And if they're tired enough, they may just go to sleep early.  And think of all the free fun you can have if that happens.  I do so dearly love free fun.

*Note: There is an awesome variety of Divorced Daddy. He starts a game of Tag or Hide and Seek so fun that every kid on the playground joins in and they are all running and playing and laughing and Daddy is a rock star and his kids are thrilled to be with him and all the mommies sit on the bench, sipping their Venti Iced Ralph Macchios, thinking about how terrific and cute this man is and how his ex-wife must really be sorry and do you think he's single because I have a lot of really hot single friends. Divorced Dads, you want to be this guy. Please put the Blackberries down.